Our 2016 conference, held at the Health Foundation in central London, maintained our usual high standard in terms of the high quality of both invited speakers and submitted abstracts. We were yet again treated to three excellent and highly thought-provoking presentations from our speakers.

Dr David Watson, from the Association of British Pharmaceutical Industry described how hard the industry has to work in order to promote its products to the NHS in the UK, given the number of different people with influences on prescribing. He shared with us some interesting data on the uptake of new medicines in different countries, which showed that the UK is generally very slow to take up new products compared to other countries, but eventually are high consumers of medicines, with the change frequently being related to price reductions. He encouraged us to recognise the importance of the pharmaceutical industry to the UK economy, and we learned that they refund approximately 3 to 4 billion GPB a year to the NHS through the latest Pharmaceutical Price Regulatory Scheme.

PPRS and medicines spend in the UK

Prof David Gerrett, from NHS England Patient Safety Division, suggested that the Medicines Optimisation agenda, led by the Royal Pharmaceutical Society, is now a widely accepted way forward, with reducing harm at the forefront of everyone’s thoughts. He described his network of 381 Medicine Safety Officers, distributed across many NHS and private health organisations, who are not only able to report incidents of harm or near misses, but also help to implement and monitor change to reduce harms from medicines.

High quality care for all, now and for future generations

Prof Chris Newdick, from the University of Reading, set us all thinking whether health should be an individual or a community responsibility. He asked us to consider what is the future of the NHS as a whole, if the costs of treating diseases related to lifestyle factors, such as obesity, continue to rise and productivity savings continue to be required to save money? What he demonstrated is that the NHS treats patients in a non-judgemental way, and ethics generally upholds the rights of people to act as they see fit – i.e. to retain their autonomy. However he argued that if people want to change behaviours, but find it difficult, they have effectively lost control of their autonomy and perhaps decisions should be made by others on their behalf.

Are Bioethics bad for our health – Autonomy and Public Health Ethics 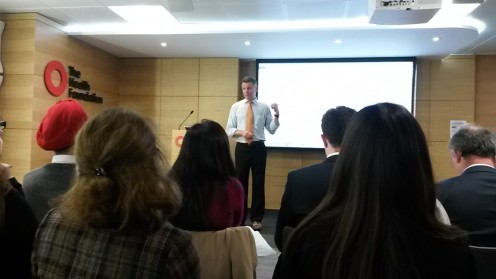 The winner of the Hugh McGavock bursary, was Dr Wasim Baqir, from Northumbria Healthcare NHS Foundation Trust, for his work on evaluating models of medicines optimisation in care homes. Wasim received a cheque for £200 and was invited to return next year to describe how he had used the funds to support his research.

There were 24 posters presented, plus four oral presentations. The winner of the poster prize was Kieran Walsh, from University College, Cork, for his work on patterns of prescribing in older people with and without dementia on admission to Irish hospitals. Kieran received a cheque for £50. All abstracts presented will be published in Pharmacoepidemiology and Drug Safety, later this year. 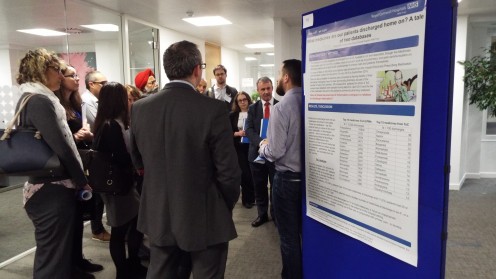 Several of the committee members are involved together with EuroDURG in the writing and/or editing of a substantial book, Drug Utilization Research: Methods and Applications, which will replace the 1st edition of the Drug Utilisation Research Handbook, produced by the organisation in 2000, edited by Prof Hugh McGavock. The book should be available later this year from Wiley at a cost of £99. Janet Krska (PRIMM secretary) will be holding a workshop on DUR with Prof Anna Birna Almarsdottir, to help introduce more people to this discipline, at the International Social Pharmacy Workshop in July 2016.

Chris Diaper is stepping down as PRIMM administrator after a very successful three years, to be replaced by Sally Bragg. Chris was presented with gifts by Rachel Howard (PRIMM Chair), to thank her for her hard work. PRIMM contact details remain the same: admin@primm.eu.com

Date for your diary

Next year, the 28th Annual Scientific Meeting will be on Friday January 27th for which the theme will be Deprescribing – is less more?